In addition to its architectural aesthetics, VCM8 contains other features such as an IK10 rating for outstanding impact resistance, an IP65 rating, and a highly durable finish that withstands a 4,000-hour salt spray test. Combined with ligature-resistant and tamper-resistant hardware, VCM8 is offered with a lifetime warranty against vandalism.

“With its IK10 and IP65 ratings, VCM8 is an exceptional addition to the Vision family,” said Cleveland Blankenship, business unit leader at Luminaire LED. “The subtle corner mount option gives engineers the flexibility to incorporate a discreet architectural look for high-abuse environments.”

Luminaire LED®, an Acuity Brands company, was founded in 1976 as Luminaire Lighting Corporation. Working closely with the City of New York and the Port Authority, the company developed a knowledge base of the challenges faced in lighting demanding environments. In 2011, the company changed its name to Luminaire LED to reflect its commitment to solid-state lighting technology. Luminaire LED now boasts more than 40 years of successful applications and has built up a reputation for providing the most rugged and durable lighting products in North America. More at www.luminaireled.com

Luminis today announced the introduction of decorative shrouds and a 180-degree shield as options for its Lumistik family of luminaires.

Acuity Brands, Inc. announced today that the U.S. Patent and Trademark Office has granted patent number D912,876 for the innovative design of its Absorb H family of luminaires from A-Light. 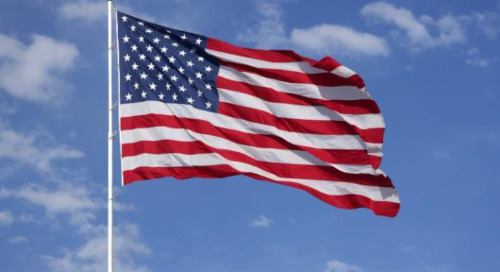 Acuity Brands is making efforts to streamline the process to validate products for projects with Buy America(n) requirements!

Juno®, an established leader in the manufacture of downlighting and track lighting, today announced additions to its Trac-Lites™ family of Integral Driver LED Cylinder track fixtures

A-Light (www.alights.com), an established best-in-class manufacturer of specification grade interior lighting solutions, is pleased to announce that its Align and Aloft lighting systems have received

Eureka®, an established leader in decorative lighting solutions, is pleased to announce that its Outline, Knit, Expo, and Mill luminaires have received 2021 Red Dot Awards for Product Design.

Lithonia Lighting®, an Acuity Brands company, announced today two of its innovative luminaires have been selected by EC&M as Category Award Winners in the magazine’s annual Product of the Year Competi

Luminis® (www.luminis.com), an established innovator and manufacturer of specification-grade, interior, and exterior lighting solutions, will now offer a range of its luminaires with RGBW color LEDs.

Luminis® (www.luminis.com) today announced a wide range of its luminaires will now be offered with nLight® AIR wireless lighting controls.