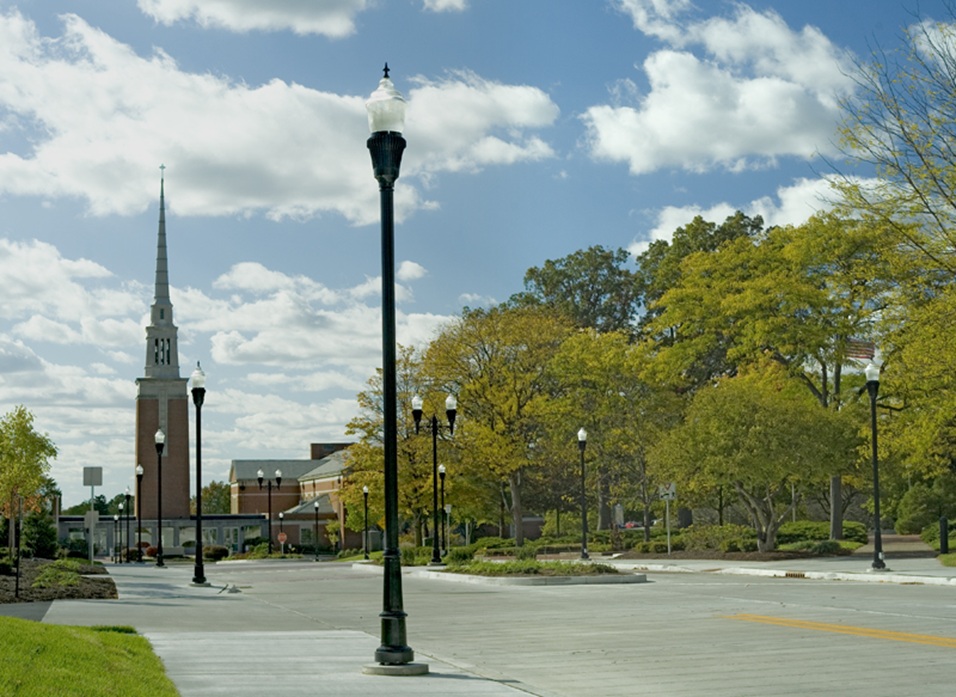 The scenic campus of Anderson University is located in downtown Anderson, Indiana and home to 2,800 students. With help from the City of Anderson and a grant from the Indiana Department of Transportation, the University recently became a model for a new energy efficient lighting system designed to outlast traditional high pressure sodium luminaires and reduce energy consumption by 40 percent.
While designers originally planned on using HPS fixtures, the design changed and the campus area is now illuminated with new GranVille® LED luminaires from Holophane. Light emitting diodes (LEDs) have a life expectancy of over 50,000 hours compared to 24,000 hours for HPS luminaires. After 50,000 hours, output from the LED fixtures is reduced by 30 percent, while the HPS fixtures must be replaced. 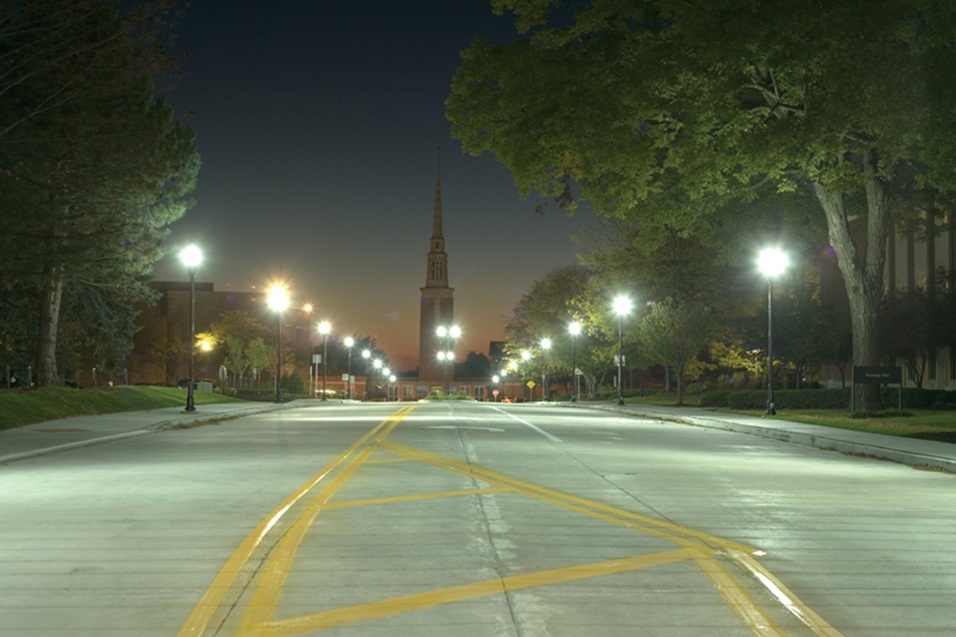 According to Tom Donoho, transmission & distribution supervisor, Anderson Municipal Light & Power, this small campus project—which includes 42 fixtures that produce 1.6 footcandles—will reduce carbon emissions by 17,106 pounds annually. The city will reap approximately $2,200 in energy and maintenance savings yearly. “We have received many great comments about the lighting,” Donoho said. “It has made a big difference in the campus appearance.” The City of Anderson will light the rest of the campus and other downtown areas using          Holophane GranVille LED luminaires during Phase II.
GranVille LED luminaires include precision optics with tight 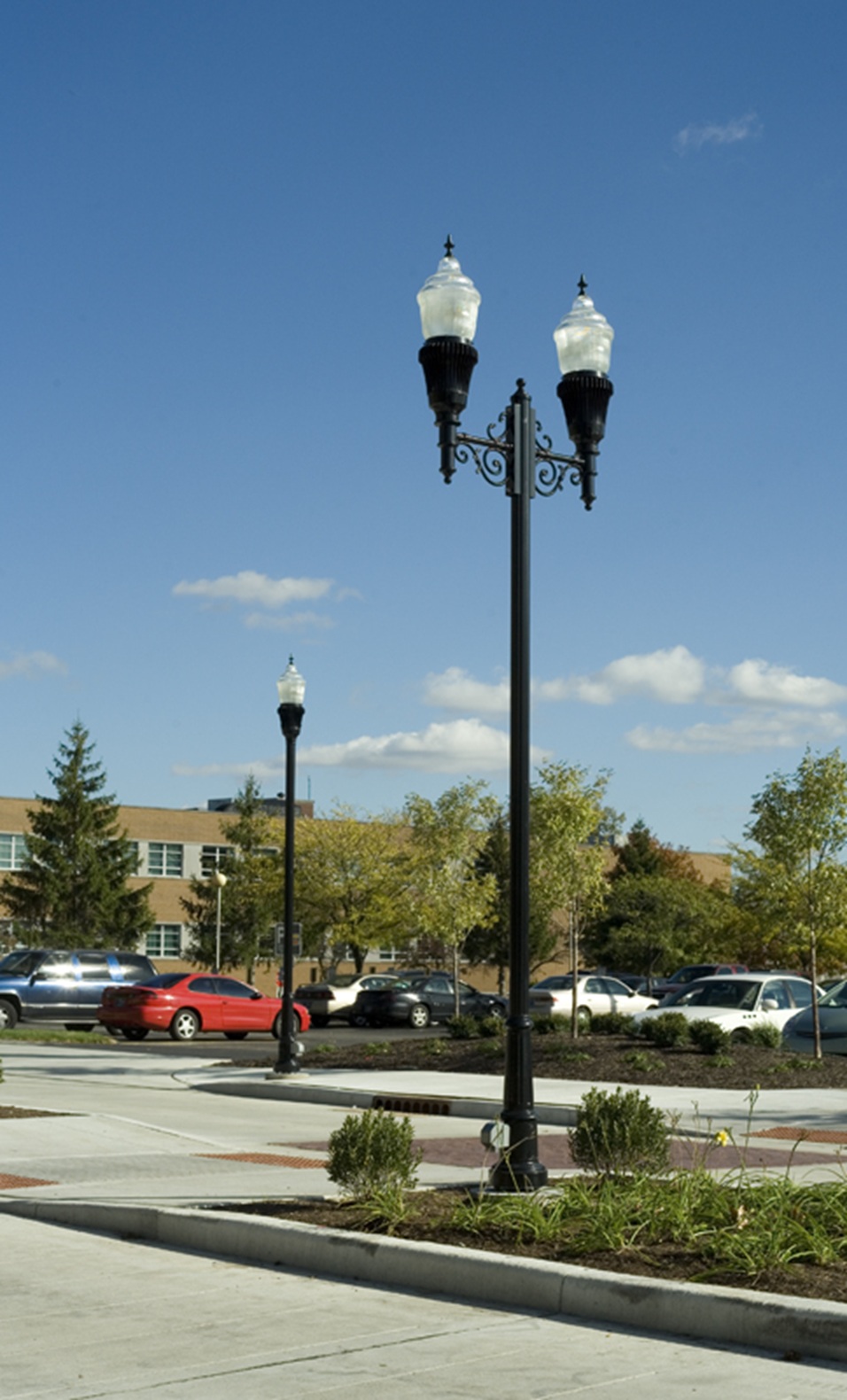 Products Included In This Selection 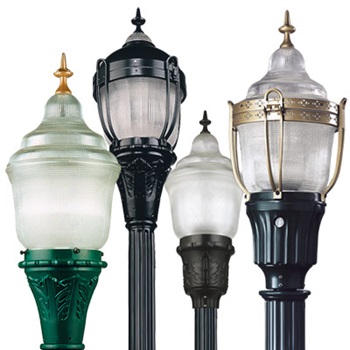 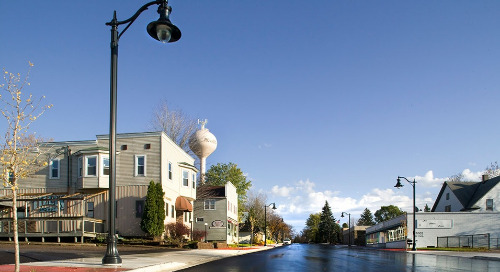 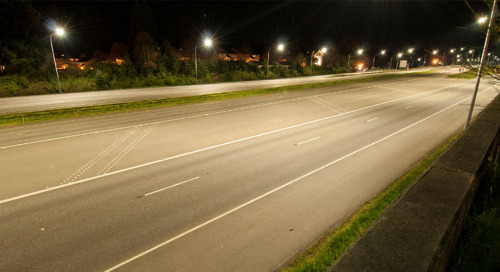